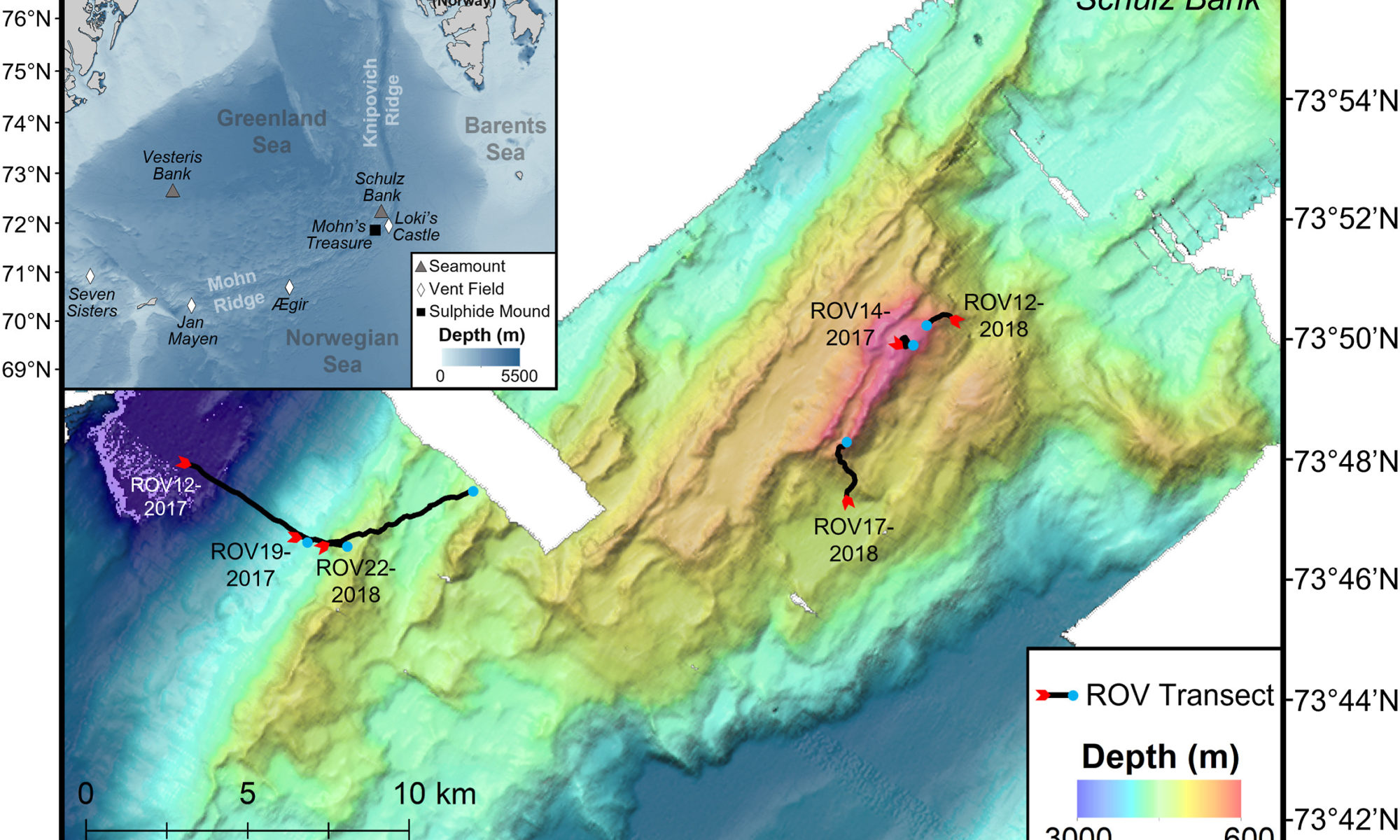 Beyond the tip of the seamount: Distinct megabenthic communities found beyond the charismatic summit sponge ground on an arctic seamount (Schulz Bank, Arctic Mid-Ocean Ridge)

Our understanding of the benthic communities on arctic seamounts and descriptions of such communities in habitat classification systems are limited. In recent years, Schulz Bank (73°52′N 7°30′E), a seamount on the Arctic Mid-Ocean Ridge (AMOR), has become well studied but the work has primarily focused on an arctic sponge ground at the summit. This has compounded a general assumption that the most biologically interesting community is on the summit alone. With the potential threat of deep-sea mining on nearby sites on AMOR, it is crucial to form a baseline understanding of the benthic megafaunal communities not only on the summit, but on the slopes and base of the seamount as well. Using video footage collected by a remotely operated vehicle in 2017 and 2018 to survey the seamount from 2700 to 580 m depth, several distinct megafauna communities on Schulz Bank were identified. Specifically, five biotopes, two of which were dominated by large structure-forming sponges, appeared to follow a depth gradient and change with the type of substrata present. The sponge-dominated communities on the summit and lower slope had the highest average community densities and number of morphotaxa per image compared to the upper slope and seamount base communities. Most notably, sponge-dominated bedrock walls on the lower slopes challenge the assumption that the summit is the most dense and diverse community on Schulz Bank. The results from this study lay the foundation for future research and conservation efforts of arctic sponge grounds by looking beyond the seamount summit to bring a full view of enigmatic sponge dominated ecosystems.