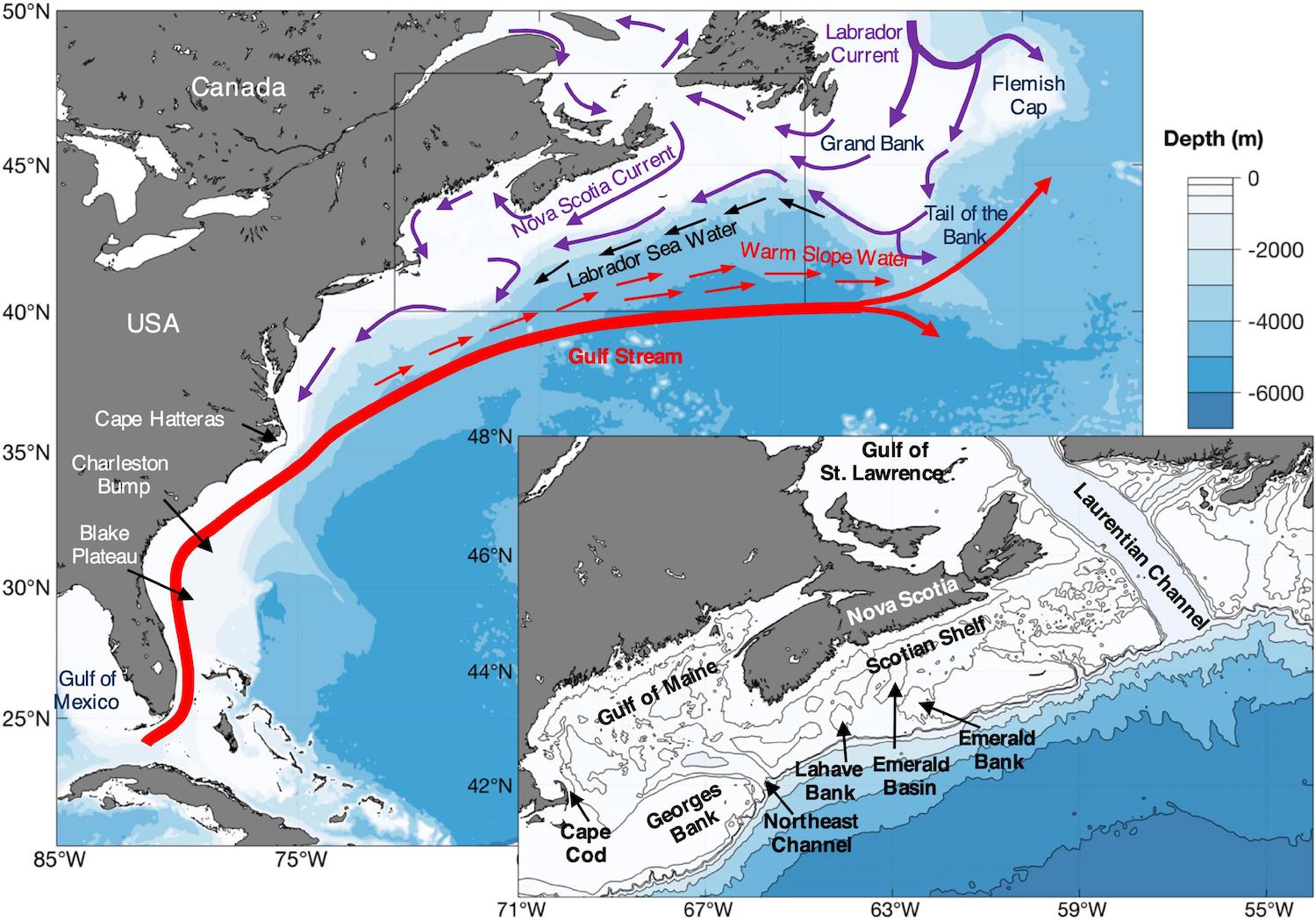 Life in the Fast Lane: Modeling the Fate of Glass Sponge Larvae in the Gulf Stream

Effective conservation management of deep-sea sponges, including design of appropriate marine protected areas, requires an understanding of the connectivity between populations throughout a species’ distribution. We provide the first consideration of larval connectivity among deep-sea sponge populations along the southeastern coast of North America, illustrate the influence of the Gulf Stream on dispersal, and complement published distribution models by evaluating colonization potential. Connectivity among known populations of the hexactinellid sponge Vazella pourtalesii was simulated using a 3-D biophysical dispersal model throughout its distribution from Florida, United States to Nova Scotia, Canada. We found no exchange with an estimated pelagic larval duration of 2 weeks between populations north and south of Cape Hatteras, North Carolina at surface, mid-water and seabed release depths, irrespective of month of release or application of a horizontal diffusion constant specific to cross-Gulf Stream diffusivity. The population north of Cape Hatteras and south of Cape Cod was isolated. There was some evidence that Gulf Stream eddies formed near Cape Hatteras could travel to the northwest, connecting the populations in the two sub-regions, however that would require a much longer pelagic duration than what is currently known. More likely almost all larval settlement will be in the immediate area of the adults. At sub-regional scales, connectivity was found from the Strait of Florida through to the Blake Plateau, southeastern United States, with the latter area showing potential for recruitment from more than one source population. The influence of the Charleston Bump, a shallow feature rising from the Blake Plateau, was substantial. Particles seeded just north of the Bump were transported greater distances than those seeded to the south, some of which were caught in an associated gyre, promoting retention at the seabed. To the north on the Scotian Shelf, despite weaker currents and greater distances between known occurrences, unidirectional transport was detected from Emerald Basin to the Northeast Channel between Georges and Browns Banks. These major conclusions remained consistent through simulations run with different averaging periods for the currents (decades to daily) and using two ocean model products (BNAM and GLORYS12V1).