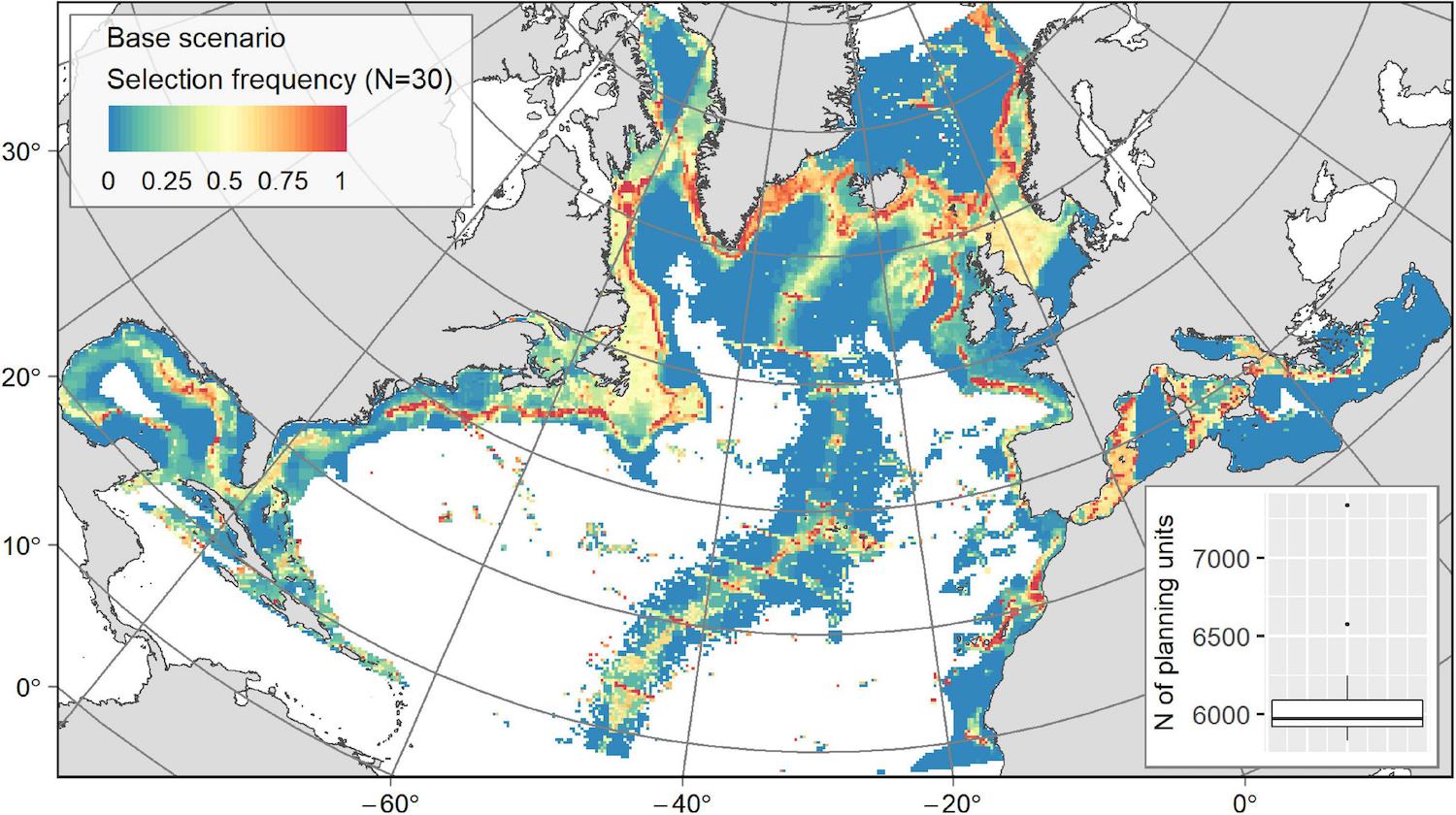 Systematic Conservation Planning at an Ocean Basin Scale: Identifying a Viable Network of Deep-Sea Protected Areas in the North Atlantic and the Mediterranean

Designing conservation networks requires a well-structured framework for achieving essential objectives such as connectivity, replication or viability, and for considering local management and socioeconomic stakes. Although systematic conservation planning (SCP) approaches are increasingly used to inform such networks, their application remains challenging in large and poorly researched areas. This is especially the case in the deep sea, where SCP has rarely been applied, although growing awareness of the vulnerability of deep-sea ecosystems urges the implementation of conservation measures from local to international levels. This study aims to structure and evaluate a framework for SCP applicable to the deep sea, focusing on the identification of conservation priority networks for vulnerable marine ecosystems (VMEs), such as cold-water coral reefs, sponge grounds, or hydrothermal vents, and for key demersal fish species. Based on multi-objective prioritization, different conservation scenarios were investigated, allowing the impact of key elements such as connectivity and conservation cost to be evaluated. Our results show that continental margin slopes, the Mid-Atlantic Ridge, and deeper areas of large and productive shelves housing fishing grounds appeared as crucial zones for preserving the deep-sea biodiversity of the North Atlantic, and within the limitations imposed by the data available, of the Mediterranean. Using biologically-informed connectivity led to a more continuous and denser conservation network, without increasing the network size. Even when minimizing the overlap with socioeconomic activities, the inclusion of exploited areas was necessary to fulfil conservation objectives. Such areas included continental shelf fishing grounds for demersal fish species, and areas covered by deep-sea mining exploration contracts for hydrothermal vent communities. Covering 17% of the study area and protecting 55% of each feature on average, the identified priority network held a high conservation potential. However, these areas still suffer from poor protection, with 30% of them benefiting from some form of recognition and 11% only from protection against trawling. Integrating them into current marine spatial planning (MSP) discussions could foster the implementation of a basin-scale conservation network for the deep sea. Overall, this work established a framework for developing large-scale systematic planning, useful for managing Areas Beyond National Jurisdiction (ABNJ).